Today was not spent pouring iced tea into restaurant glasses. I’m trying to get “stuff” done. I didn’t get much of that to do list checked off, but I had a good rest anyhow. Tomorrow it’s back to work and so tonight, I ponder, “When am I going to catch up with errands, bills, school etc.?”

I recall having these same thoughts just about eight years ago, while married, and people would pop out of their stable and successful bubbles and alert me that these would be the good days that I will fondly remember. Comments like these, followed by stories of their own, about struggling when they were young and could only eat rice and beans with the occasional can of tuna made me long more for the time when I could wash my clothes in a shiny Maytag in the comfort of my own home.

I guess I have regressed back to the days I look forward to talking about later in life when I will eat off diamond studded plates while sitting at my golden breakfast nook. I will tell The Max of when he was young and how we struggled in simple American ways. Some examples: 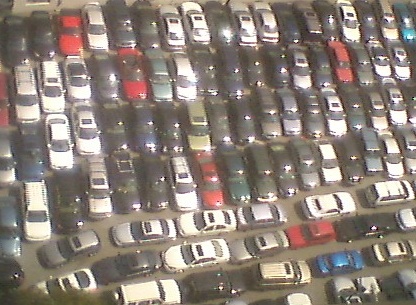 I work downtown, so I have to pay for it, deep. There’s honestly no way for me to catch a bus and make it to work on time. I drive my car. My car has no A/C, looks like it was put through a war, and as of last week, the spedometer is stuck on 20 mph while the odometer hasn’t budged in many many miles. The parking lot closest to my work would cost twelve dollars for the entirety of my shift. Sixty dollars a week, over 250 a month. I could park further and save about 20% on that total, but I don’t. Instead, I buy a measly half an hour-three dollar ticket and pray that the parking attendant notices that there is indeed a ticket in the window and doesn’t peer to closely at the time on the ticket. So far, I have not been towed. 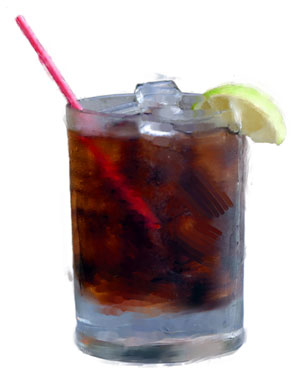 I love Coca-cola., Not the hugest fan of rum, but it does the trick when I am watching baseball at the tavern. What also does the trick is filling an enormous empty vitamin bottle with rum and ordering one coke with the free refills and adding my own vitamin juice when the server walks away. Although, I will tip as though I paid for three drinks. Hopefully the servers don’t confuse this with me hitting on them. 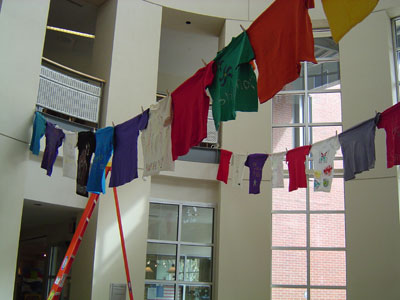 I don’t actually wash my clothes in the tub, I use a wash tub and place it in the bath to avoid splashing on the floor. I usually avoid telling this to people, as I am looked at like a freak, but DUDE! I save 20 bucks a week washing clothes the way my great grandma did every day. 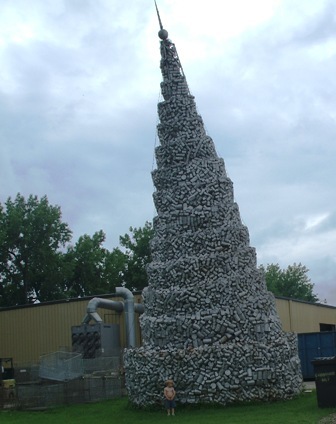 This may be my favorite way of saving money. As I have over spoke of before, I like to skip the expensive attractions and map out routes that I will drive and stop at special places, like the world’s largest prairie dog.

Maybe someday I will not have these things present in my life, well the trips can stay.