I Voted the Crap Outta Today 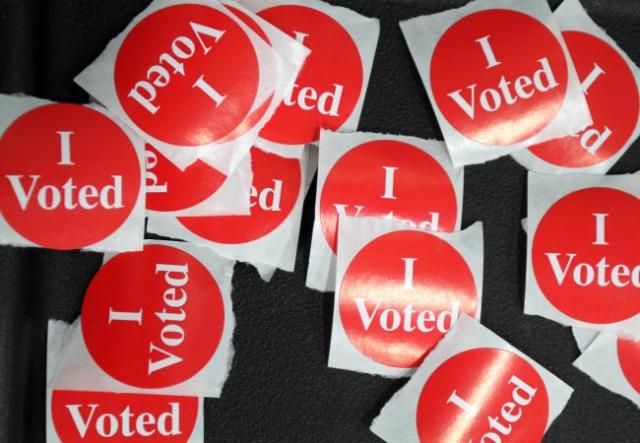 I made certain I woke up a little earlier than I needed to today.  I hadn’t yet opened my mail-in ballot let alone researched a single thing about today’s election.  I firmly agree with the tired cliche’ that you cannot bitch about politics if you don’t vote.  And being as I enjoy a good bitch fest, I knew I needed to get on it as far as this years election was concerned.

I read the ballot, I looked up a few facts, I voted.  I probably only voted on a third of the things I had the opportunity to, but I did not vote in any of the uncontested elected officials votes, which were half the ballot.  I skipped a couple of the referendums, because I did not feel well enough informed.  But dammit, I voted.

While I’m not gong to be a cheese-ball and break out in song, I do feel good about voting.  The more I learn about politics, the more I realize how much the more localized elections affect my life and my money and the potholes on my street.   I actually get a say in what the people in my part of the country represent in our nation’s capital.  I got to vote on whether I agreed with a new hospital coming to our little town.  I voted on gun’s rights and school issues and taxes.  By golly, they will count those votes and at some point on the television tonight while the news anchors are announcing voted, one of the votes will be MINE.  I will be ON TV!!!!!!  See that?  I voted=I’m famous!   Nevermind, this is really important.  Let’s sing: