You know all the lyrics to the song that represented this fantastic television sitcom from the 1990’s.  Did you know that Google Maps does too?

Found this on Geekologie today.  Clever.

The Carlton.  A dance I will never attempt.

Some facts from imdb:

As it required on-location shooting, only one shot of Jazz being thrown out of the house was done (with only a few exceptions). Therefore, to avoid continuity errors, it is made sure that Jazz is always wearing the same shirt in episodes where he’s thrown out.

The show was originally canceled by NBC after the fourth season, with the series finale being the episode where Will moves back to Philadelphia. However, fan reaction and letters written to Will Smith and NBC persuaded them to renew the show and it ended up continuing for two more seasons. 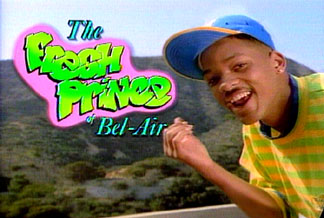 Why did this show become and stay so big?  I’ll bet it was the sideways hats.

There is no real outline or flow to this blog, I just wanted to show the map, and then I kept going…Happy Weekend to you!