What’s for dinner?/I’m so bored.

LOOKIT!!!!!  I went out to the garden and grabbed some tomatoes, onions, zucchini, basil, garlic, and oregano. 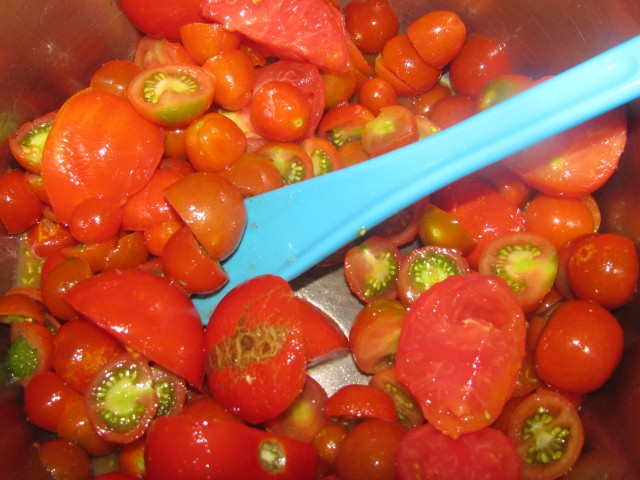 I put the tomatoes over heat forever and pureed them.

I then added everything else, as well as a little salt, pepper, and hamburger.

That’s what I’ve been doing, most every day.  I’ll buy our meat at the grocery store, or we have some meat we’ve raised and hunted in the freezer.  Then I run to the garden and see what’s ripened that day and we call it dinner.  It’s a good time, I have to admit.  However, I can only play Martha Stewart so many days in a row.  With the temperatures rising to nearly 100 every day, I cannot spend too much time outdoors.  Our three beautiful beater cars all lack air conditioning and driving anywhere is out of the question unless the sun is not up and glaring.  So, I’ve been inside.  I’m going insane.  I have played 834 games of solitaire,  baked every kind of cookie I can think of, and am in the process of re-watching the entire Mary Tyler Moore series.

The end is near friends.  Six more sluggish days of August and the beauty of September comes to rescue us all.  We can make it, hold on.

2 Responses to What’s for dinner?/I’m so bored.