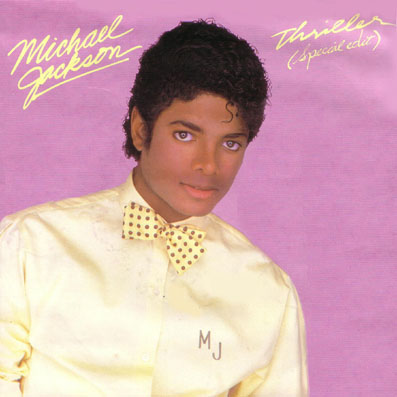 Insane. I have never bought one album or single of his.  I’ve heard his music probably just as much as anyone.You just cannot escape it.  And I think he was talented, very. Anyhow, hearing that he died without previous news of ill health is shocking.  It’s on every nightly news show right now.   The last time I rememer someone HUGE of musical fame dying was in 1994 when Kurt Cobain shot himself. (Or was shot by another, depending on if you believe the conspiracy theories)  I am not attempting to spawn a debate at who was more influential by bringing up the Nirvana frontman, nor am I denying that other great acts have passed since ’94.  It’s just that none have made me stop and stare at the news and whisper, “Whoa.”

killing spiders with my laser eyes.
View all posts by kristiane →
This entry was posted in Blogroll and tagged King o Pop, Michael Jackson, music, Thriller. Bookmark the permalink.