I saw a lot today.  A very beautiful city I had never been to.  I visited  one of the most recognizable American landmarks, and saw green grass for the first time since probably October.  But honestly, I just want to talk about Floyd. 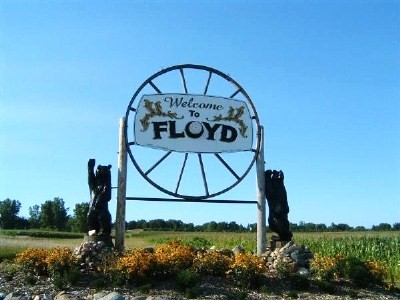 We all know Iowa is blah.  I am sure there are terrific things there, but I have never seen them.  My experiences with the state have included driving ten miles over the speed limit in efforts to get through it as quickly as possible.

I stopped for gas, in Floyd.  That’s the actual name of the city.  I was standing in line with Max and seemingly every farmer who lived in town.  They were all exchanging morning hellos and buying beef jerky and donuts for breakfast.  There was a guy, I’ll call him Bob.   I’m calling him Bob, cause I found out that was his name.  Bob looks like Larry the Cable Guy but maybe ten years older and only if Larry the Cable Guy ate Jeff Foxworthy and was no longer able to button the sides of his coveralls so I could easily see his tighty-whities.  As he had his wallet out, he was eying the jar of pickled eggs on the counter.  It’s a gallon jar with boiled eggs in a murky liquid and I just don’t get it, but hey, I don’t get sushi either.  So cashier lady stops, looks at Bob and says, “You only live once Bob.”  That convinced him.  He reached his hand into that filthy mess and grabbed two eggs and went on his merry way. 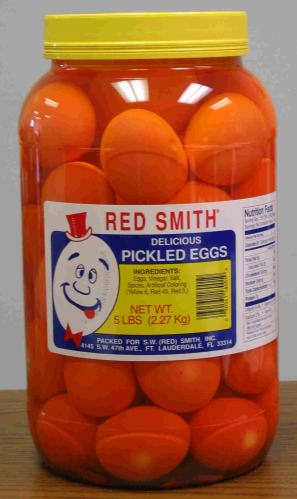 Now, that’s gross, but whatever.  If you are going to eat out of a communal package at the truck stop, you are going to get germs.  What I want to know is, Why were the eggs a guilty pleasure?  They’re eggs.  They’re pretty healthy right?  It’s not like the pickle juice adds more fat.

P.S. That was the friendliest town I have ever been to.  Yes, I could figure that out from the ten minutes I stayed.

killing spiders with my laser eyes.
View all posts by kristiane →
This entry was posted in entertainment, food, happiness, health, how to, Life, travel and tagged Eggs, Floyd, Iowa, Larry the Cable Guy. Bookmark the permalink.