I missed yesterday.  I was busy chopping down a Christmas tree.  I have never done that before.  Sincerely, I was hoping for an axe to swing mightily for a half-hour or so before peering upwards and hollering “TIMBER!” at the top of my lungs as a Goliath sized evergreen came crashing to the ground with a noise so enormous that little forest animals would come out from their nooks to see the feat I accomplished.  Instead, the man at the tree farm handed me a wimpy saw which I used to slice down a tree in three minutes flat.

That’s what happens when you choose a six foot soft wood Christmas tree.  After securing it into the trunk of my mother’s rental car we drove home and set the beast up.

I’m usually pretty uniform about how I put up the lights and where I place the decorations.  This year The Max decided to help out with the trimmings and it’s almost as though we threw everything on from the opposite side of the room and just left it where it landed.  I am not a ‘theme tree’ person.  I like to have a hodge podge of decorations collected over the years with every color of lights they made and garland in seventeen varieties.

The best part about the tree, any tree for that matter, is when it’s time to go to bed.  You turn off all the lights in the house with the exception of those tree lights. 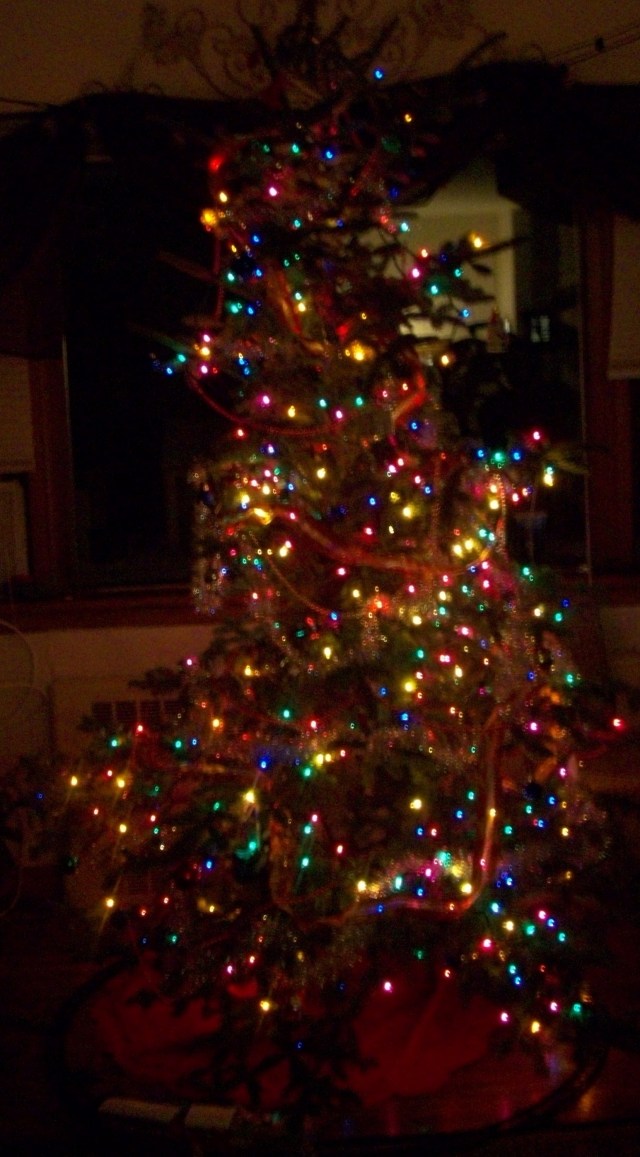 There’s nothing better looking than that, not even Mr Cusack himself can rival that beauty.

Now, if I had John’s face on some ornaments…that might create a force so great the world would be in harmony and peace would return to the Middle East.  That, or the world would implode.  I’d rather not chance it.