I have been traveling to some of the least exciting places in the free world.  Which means I get time between towns to sing ridiculously with the radio.  It also means I get to whip my car around without the fear of smashing other cars in effort to take pictures of places and signs are are kinda funny.  Maybe they are funny.  You judge.

I don’t know why this McD’s had a retro sign, but it did.  I only wish I was there at night time to see the thing lit up with all that fabulous neon. 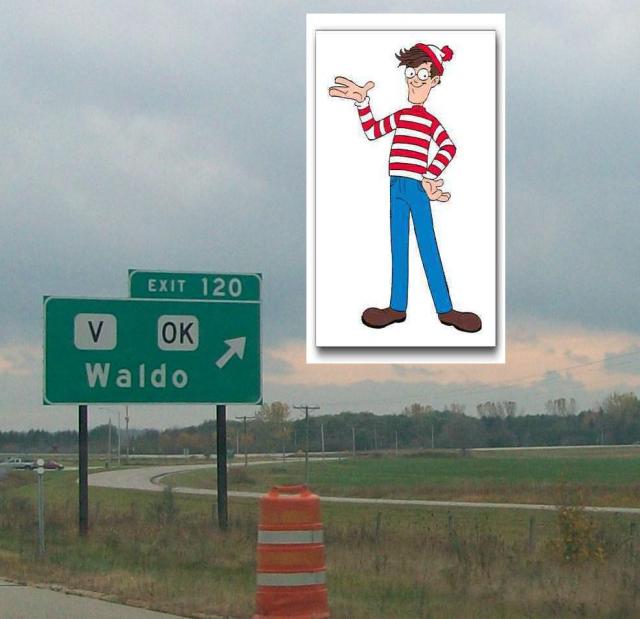 The first thing I thought of when I saw the sign for the town called Waldo was…uh…Waldo.  He was not there, so I placed him in the pic.

This is the world’s largest grandfather clock.  I forgot to check if it was the right time.

Pots are no longer in season. 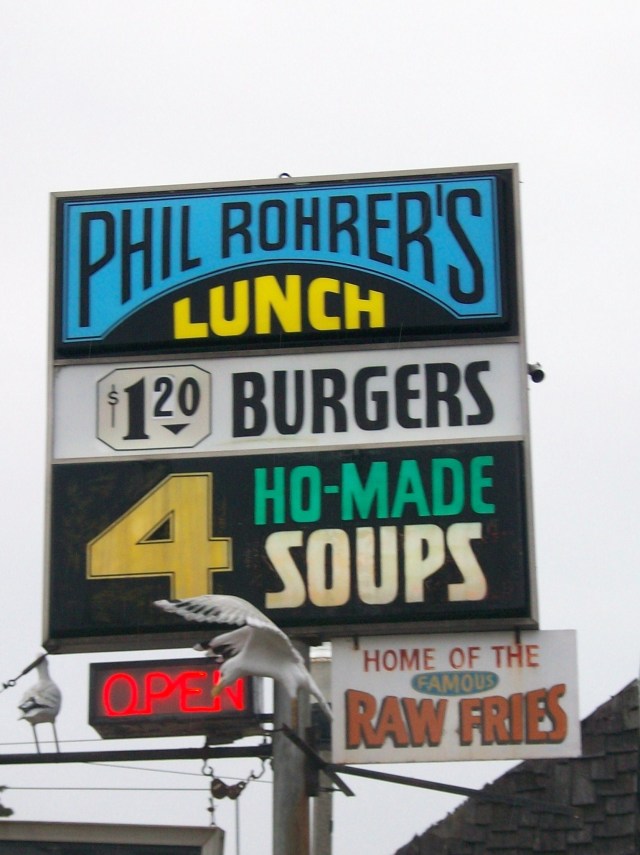 The twelve-year-old in me cannot get over the HO-MADE soups.  The 29 21-year-old wants to try “raw fries.”