There are forty-three days until Autumn.  While everybody knows that fall really begins the day after Labor Day, science states that the season begins late in September.  Forty-three days away to be exact.  So I have decided to do a series of blogs dedicated to counting down until fall.  I am terrible at consistent blogging…it’s been close to a year…so instead of a countdown which I will never keep up with I decided to do a count-up.  Stay with me.  If I do a countdown, I will miss most numbers It’ll go something like 43, 27, 2.  But if I do a count-up, the numbers make zero sense to begin with.

So, Welcome to Fall Count Up #1!  Today I went to Walmart in search of something fall related.  I live in a summer tourist town and they keep the beach towels and inflatable ducks front and center until October so this was rough.  No pumpkin candles, no flannel shirts, not a piece of Halloween candy in sight.  I was figuring I would have to buy some spices and bake something fall like until I walked through the beer aisle.  And there it was. 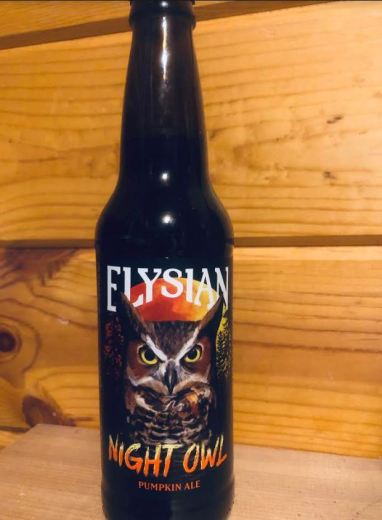 Somewhere between the 347 varieties of IPA was the first sign of fall.  I don’t love pumpkin beer, by any means.  But this one is not sweet and mostly spice.  Without hesitation I grabbed the six pack like it was the last rare and coveted Christmas toy of the season.  I glanced around at the folks in tank tops and flip flops as though they may try to steal my treasure.  Nobody cared.  They all had tropical flavored IPAs and White Claw in their carts.  “Suckers”, I thought to myself.

So now I am sitting at home, drinking pumpkin beer.  After each sip I become more satisfied that I have an adult beverage with ingredients like clove and cinnamon.  I’m basically drinking a pumpkin spice candle.  Cheers!

killing spiders with my laser eyes.
View all posts by kristiane →
This entry was posted in Blogroll and tagged autumn, beer, fall, ipa, pumpkin, pumpkin spice. Bookmark the permalink.