I now have a house and with a house comes a yard and with a yard comes the determination to make it beautiful.  The past four months or so I have realized that it takes a lot of dirt, digging, and water to accomplish this.  Some things are easy and gorgeous, and some are ugly and die.  This episode of August Party-pallooza I will show you some photos I took around the yard and garden today, with my cat Popcorn constantly under foot.

I have over 100 sunflowers growing around the yard.  This is the first one that is starting to show some promise of a giant yellow flower head.  I love them.  Also, the animals cannot seem to find a way to kill them. 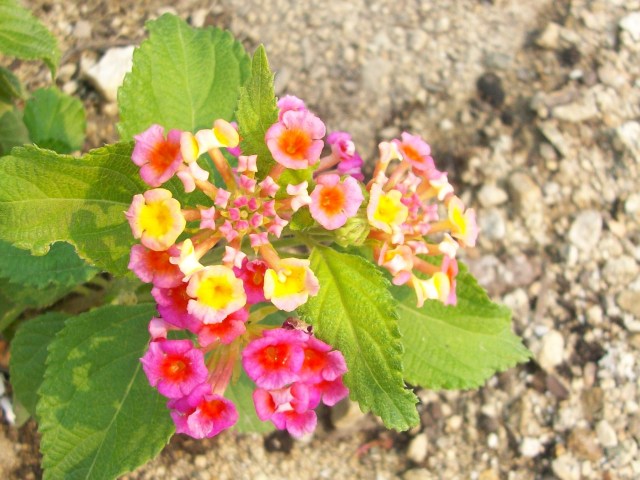 I have one flower bed dedicated to the red, orange, and yellow end of ROY G. BIV.  Here’s an unusual flower whose name I could not tell you. 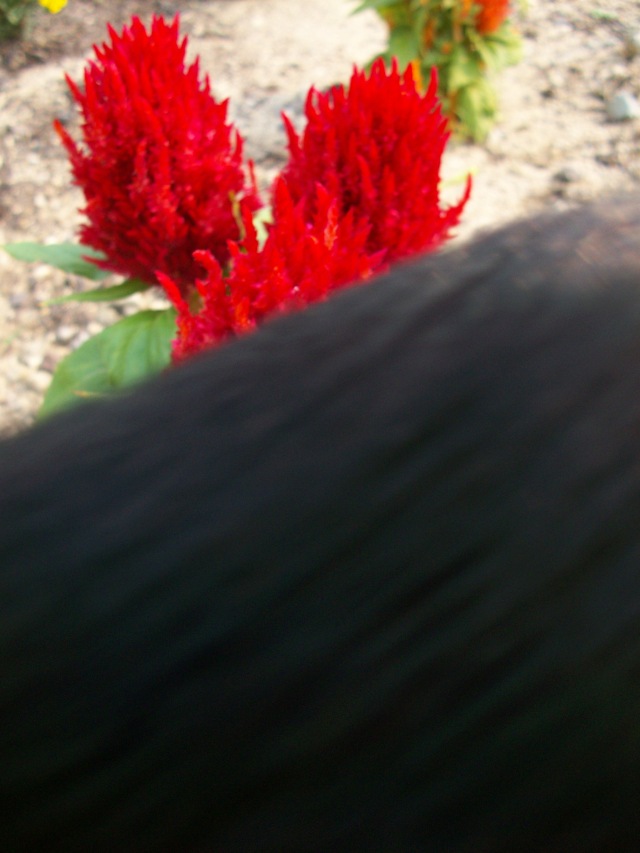 Here’s another great flower from that same bed, partially covered by your favorite frisky cat and mine, Popcorn. 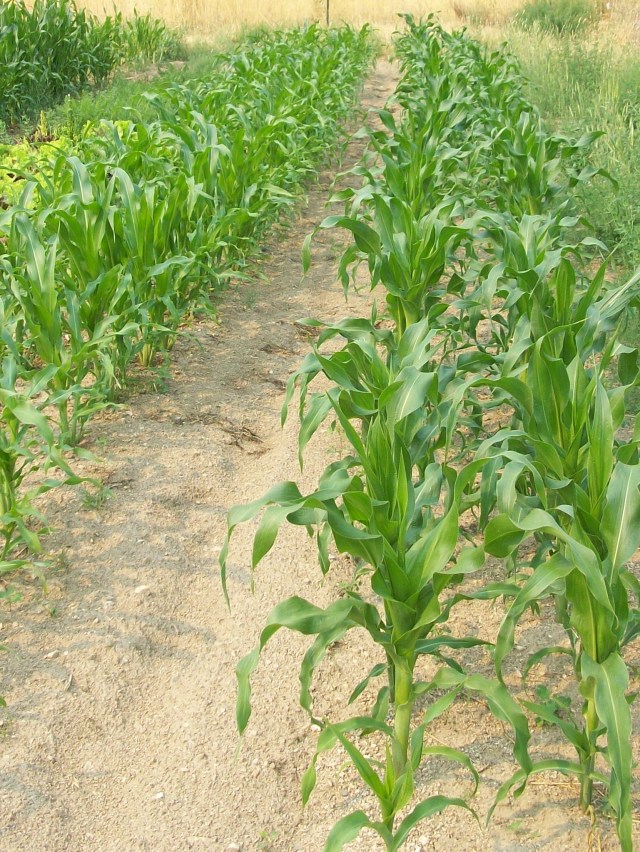 One of roughly 35 tomato plants.  I pretty much rock at tomatoes.

Basil, which I need to be picking instead of photographing.

Squash, which I actually like more than I thought I did.

While peering over the previously mention squash, Popcorn decided she was not getting enough attention and began a terrible episode of hairball coughing.  It lasted a good ten minutes.  I was concerned as she sounded though death was near so I decided against video taping it.  I did not want to document her death.  A teeny ball of hair was produced and we moved on.

So, along with the successes there have been failures.  Most challenging is getting the two dogs to not lie in the flower bed.   There is one area where they smashed several rounds of plantings and now I give up.  If you come over to visit, please note the area with smooshed flowers and a dog sized imprint. 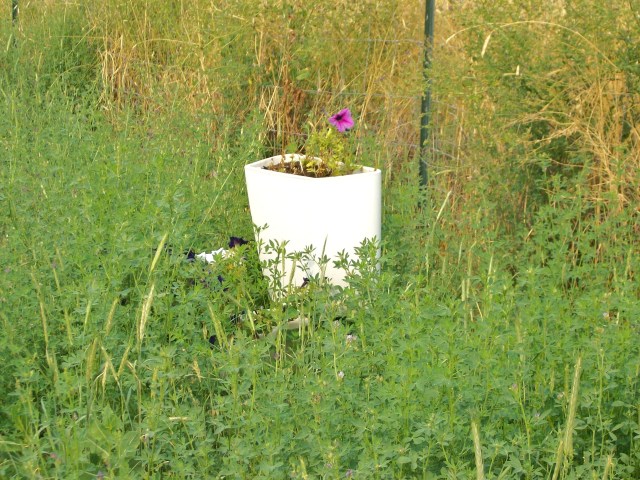 Seems like everyone around here has an extra toilet in their yard.  Why should mine be any different?  I put a bunch of flowers in ihe requisite broken porcelain throne and placed it in an area that is way over grown with weeds.  Thinkin’ I should move it to the front step so more people can look at it.