Alone in the Wilderness

I love camping.  Despite how much I enjoy it I never make it out more than once or twice a year.  Here’s my problem, I’m female and I do not own a gun.  In my head, each of these things makes camping alone and/or with my eight-year-old son less than safe.

I do have a good friend who indulges me and is usually the person I head out to the sticks with in order to rough it.  Last summer we were collecting sticks or something and I thought out loud, “I should do this for like a year, think fo all the money I’d save.”  My buddy tried to convince me that not having a warm bed would get old faster than it takes to run a hot bath.  But I wasn’t having any of his hubbub.  I was convinced I could do it.  Then I remembered a movie I’d watched on PBS a few years back, Alone in the Wilderness.

This guy, Dick Proenneke, moved up to the Alaskan wilderness and built a cabin there almost entirely from things he found there.  He ate what he grew or found or killed.  Dick did this for the better part of thirty years.  And though he had visitors from time to time, he was living there all alone.  Dang. 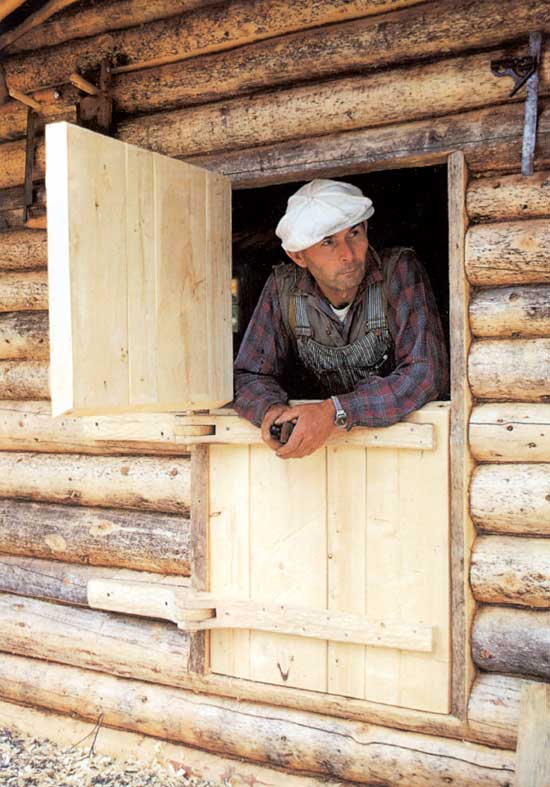 I wouldn’t want to go at it alone, but I would love to get away from everything for a bit.  After my camping trip I went and watched that movie again, on a website found HERE.

Or, if you don’t have an hour to spare, here’s a clip from the movie from Youtube.

Someday, I’m gonna do it. I know I will.  And I’m going to write about it, though you will have to read about it after the fact since I bet I won’t have high speed in the woods.  But I’ll try to hold off my sabbatical until after the solar powered laptop is invented.  Cause I can’t go back to writing on paper, I just can’t!

2 Responses to Alone in the Wilderness