With Transformers 2 less than a week from it’s release, Michael Bay has announced he will not take part in the third film, due out in the summer of 2011. 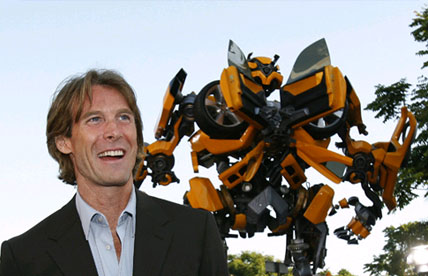 “After the three and a half years I’ve spent making these movies, I feel like I’ve had enough of the Transformers world. I need to do something totally divergent, something without any explosions.”

Though I will be antsy in a theater next Wednesday to see what he cooked up for us, I’ll be more charged in two years with Micheal Bay eliminated from the creative process.

killing spiders with my laser eyes.
View all posts by kristiane →
This entry was posted in Blogroll and tagged 2011, Michael Bay, movies, Transformers. Bookmark the permalink.