I have an uncle who is a bit younger than my parents, he also had his only son later than most.  So, when I was a kid, he only had me and my two sisters to spoil.  One year, he bought us a Nintendo.  I was ten, and had never heard of the thing.  The system came with, as you know, Super Mario Bros.  We played that game for years until all the blowing in the world would not make it light up for us.  It took me a long time to finally finish world 8-4, but when I did, I felt like a video game master.  Then of course I found out about the sequels, Mario 2 & 3.    Mario 2 was fun, but in a commie kind of way.  There’s no time limits, no score…and the story line was really off.  Then came Mario 3, which is the reason I was most excited about getting a Wii.

I knew after these three titles there were other Mario games.  I just cannot wrap my head around anything larger than 8-bit.  Then, today, as I was bumming around the house and shuffling through the titles available from the NES system downloadable on the Wii.  I saw the greatest electronic related thing I have seen since 1990. 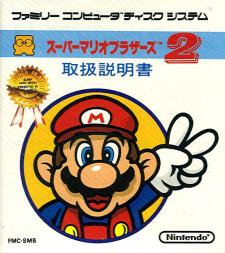 Right now you are laughing at me and thinking fondly of that time in the 1990’s when you heard of this game.  And to you I say:  Why didn’t you tell me earlier?

Turns out, the game was created for the Mario nerds who found Super Mario Bros. too easy.  However, it was deemed too hard to travel overseas from Japan to the US.  That’s right, we love our video games, but let us be able to beat them with our soft bodies and simple brains!

The game is very similar with enemies and such, just more difficult.

I bought it today for 600 Wii points.   Yes, six dollars to help me stay frustrated for the next several months or years.  I cannot wait.

After discovering this amazement, I turned into super-geek and watched videos of the game on YouTube.  I looked up cheats.  I read about the differences in Mario and Luigi’s abilities.

Take a look at this long video of some other nerd who beat the game to level 8 in eleven minutes.</clor

Also, apparently if you beat the game 8 times in a row, you are allowed to proceed to levels A-D.  So, this game should last me until 2013 when I finally beat every last part of it.   I am going to need to buy those terrifically comfortable floor chairs again….and lots of Cheetos.