Is All Publicity Good?

I took an entire class last year on citations and plagiarism and how to insert quotes from other articles properly. I do not however know how to properly site an entire copied and pasted article from a newspaper’s website, so please, Star Tribune.com, do not sue me.

This article is from the paper today, the actual article can be found here. My boss was upset, and somehow that became newspaper worthy. I think it’s funny. I think my boss thinks it’s funny. This is the same guy I wrote about before, who has a cane made out of bull’s privates. 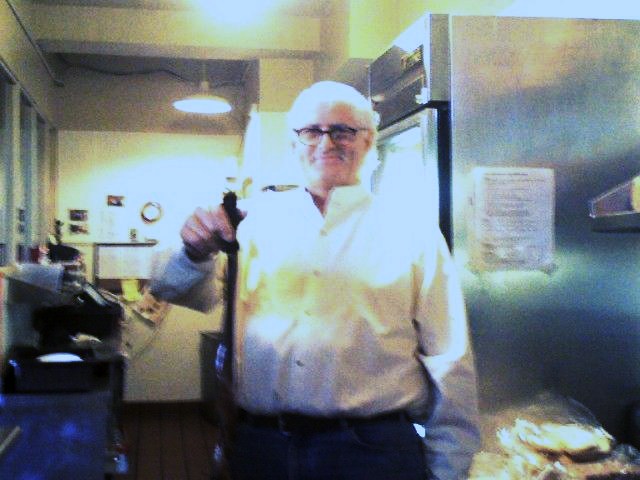 It got a little hotter than usual Sunday morning at Hell’s Kitchen.

The restaurant, which just moved from S. 10th Street, across a city block, into the former S. 9th Street location of Rossi’s, experienced some truly bold effrontery from the competition. And, by the competition, I mean the New Calhoun Grill, the restaurant that replaced Hell’s Kitchen on 10th Street.

Hell’s Kitchen owner Mitch Omer remains positively livid about someone from New Calhoun Grill approaching diners waiting in line at Hell’s Kitchen with the dish that there was no waiting across the way. “Unbelievable,” Omer told me Tuesday. “It is unconscionable to me that they would do this. They parked a guy on a Sunday, busiest day, right in front of my two double doors that led downstairs to the restaurant. He was upstairs telling customers to go to his restaurant and then passing out menus.”

The imagery made me laugh. When asked if he didn’t think that was gutsy, Omer said, “I just think it’s unbelievable. I’m all for healthy competition. This is RIDICULOUS. UNACCEPTABLE.”

He said he marched over to New Calhoun Grill and demanded to speak to an owner but got a kid in a chef’s coat instead. “So I said, ‘I demand to speak with a manager on duty’ and the guy in the chef’s coat came to me and I said, ‘This is complete and utter [b.s.]. … You would send somebody over to MY restaurant in front of my front doors and tell them to come over here?'”

Omer said the guy in the chef’s coat said he could do whatever he wanted.

James Robinson, a manager at the New Calhoun Grill, formerly located on Lake Street, said that his information was secondhand but that he understood his co-worker was “in the building, not in the front door” of Hell’s Kitchen. Robinson said that he was not working when Omer paid a visit to the New Calhoun Grill, but that restaurant staffers will not continue to solicit Hell’s Kitchen diners.

6 Responses to Is All Publicity Good?