Journey to The Center of the Earth 3D

Yesterday was a typical muggy mess, so The Max and I climbed into our A/C-less car and headed to our local multiplex in search of entertainment in the cold air. I gave him his choice of films; JTTCOTE3D or Space Chimps. In my head I was pleading “Please please please…DON’T PICK SPACE CHIMPS!” Luckily, he read my mind. It was not until we got to the theater that I found out that the movie was in 3D. I did not know anything about the movie. I was even surprised when I found out that Brendan Frasier was in it. With this and the new Mummy film, he is certainly going to make a comeback which should finally merit Encino Man 2: Back to the Stone Age. I also found out that it was rated PG-13. Whoops! Max is six, and I am pretty strict about not letting him see films rated higher than PG, but I went for it anyway. 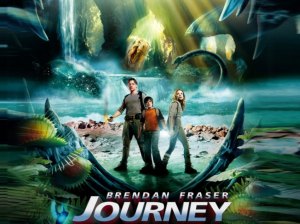 It was actually alright. I don’t expect any Oscars, but I was entertained, and Max loved it. I was puzzled by the rating. There was no language, no nudity full or partial, and though some of the images were kinda scary, it was not gory even slightly. 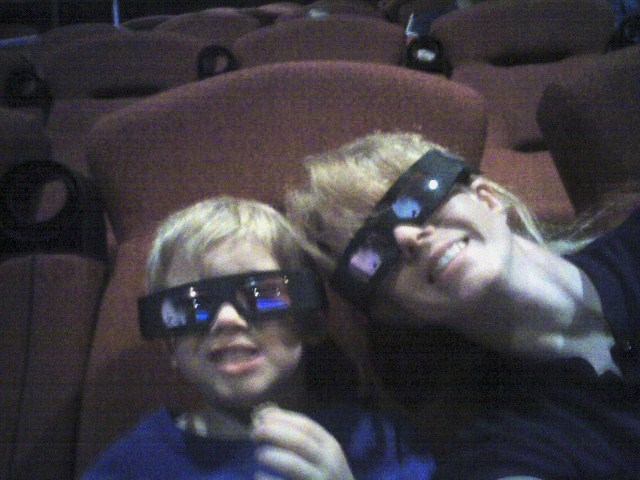 What I was most happy about was the 3D-ness of it. I have decided that in order for a theater to earn my movie in the future, i am going to try and make it only to movies that have some sort of gimmick such as that. If it is not in 3D, or at the IMAX, or if they don’t pump out scents to match the scenes on the screen, I think I will stay home. Exception: John Cusack. Just so long as they keep make-uping the wrinkles forming on his forty-something face, I will happily see all his movies.

8 Responses to Journey to The Center of the Earth 3D